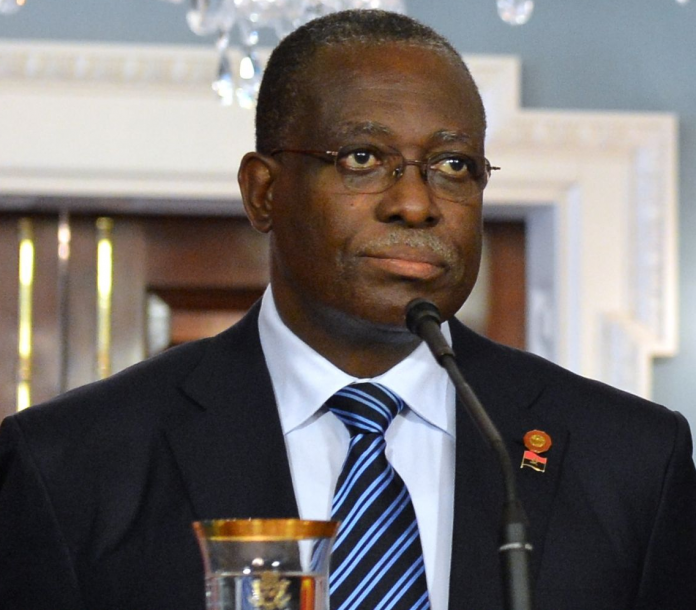 The consultant Eurasia considered today that the economic crisis and the growing popular discontent in Angola will lead the Government to deepen the fight against corruption, reaching the former vice-president Manuel Vicente.

“João Lourenço is consolidating control over the Popular Movement for the Liberation of Angola (MPLA, in power) through his efforts against corruption and hopes to win popular support for this campaign at a time when protests against corruption scandals in the country continue. your government, ”write analysts Darias Jonker and Britanny Hughes.

In a comment on the latest developments in the country, these analysts say that “with the accumulation of public debt and discontent with the economy, João Lourenço will increase efforts to recover the estimated US $ 24 billion [€ 20.21 billion] that Angola lost to corruption during the regime led by José Eduardo dos Santos ”.

For analysts, the President is being pressured to investigate the former vice president and his adviser for the oil sector, Manuel Vicente, and could use the same strategy he used to revoke the immunity of former minister Manuel Rabelais.

“Parliament approved the revocation of Manuel Rabelais’ judicial immunity and also on October 27 approved a new penal code that will increase the penalties for crimes of corruption, which may pave the way for the investigation of more members of the former President ”, write the analysts in the note sent to customers, and to which Lusa had access.

“Manuel Rabelais’ loss of immunity opens the door for Lourenço to target Manuel Vicente, former vice president of Angola and President of Sonangol between 2012 and 2017”, they point out, recalling that the former ruler “has so far escaped persecution for advising Lourenço on the intricacies of the dos Santos compadres network and for helping to reform the oil sector ”.

However, analysts say, “continuing to protect Manuel Vicente may be too great a political risk”, as the former leader of Sonangol is already being investigated by the courts for his role in one of the biggest corruption schemes of the era of the old head of state, the China International Fund ”.

Manuel Vicente has immunity, as a former vice-president, until September 2022, but this can be reversed in a process similar to the one launched against Manuel Rabelais, concludes Eurasia.

The former minister of Social Communication and spokesman for José Eduardo dos Santos, currently a MPLA member of the National Assembly, was indicted in September 2019 because there are indications of facts that constitute “acts of harmful management of public goods, practiced while director of the Institutional Communication and Marketing Revitalization Office (GRECIMA) ”, between 2012 and 2017.

The prosecutor’s order states that Rabelais used his powers as director of GRECIMA, to acquire from the National Bank of Angola (BNA) foreign currency that was later channeled to BCI (Bank of Commerce and Industry) to effect foreign exchange purchase and foreign exchange, alleging “Angolan State commitments”.

Manuel Rabelais is accused of crimes of embezzlement, violation of budget rules, undue receipt of benefits, and money laundering.

Eurasia’s comment comes at the same time that Lusa disclosed that a company owned by former Angolan vice president Manuel Vicente would have profited three billion US dollars (2.5 billion euros) from the transaction of two oil blocks that had been provided at zero cost by the company Sonangol.

According to the bank statements consulted by the Lusa agency, the company Nazaki Oil & Gaz, SA, owned by Manuel Vicente, when he was president of the Angolan state-owned company, is said to have profited the equivalent of 2.53 billion euros from the deal that involved the Sonangol and the American company Cobalt.

Angola: Every attentive Angolan knows about the regime’s involvement in the...