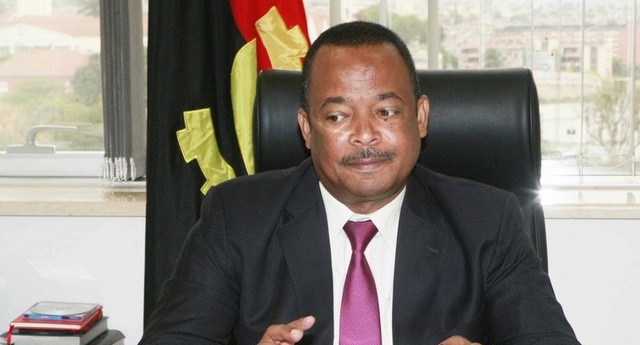 The Deputy Attorney General of the Angolan Republic devalued concerns about article 333 of the new Penal Code, which condemns the outrage of the President of the Republic and sovereign bodies, saying that the law has existed for more than ten years.

Mota Liz, who was speaking to National Radio of Angola, expressed his surprise at the “social controversy that arose around this article”, which he said was a revamped rule of the Law on Crimes against State Security, 2010, for the new Angolan Penal Code.

“I do not understand the reason for all the fuss, this rule has existed for ten years, as it is going to complete about ten years now in December since its entry into force in 2010, through the Law on Crimes against State Security, the Law 23/10, the rule is there ”, he indicated.

“Our penal model is inspired by the Portuguese Penal Code and the final part was even made by a Portuguese panelist, Professor Figueiredo Dias, and has a similar rule that defends the honor of the President of the Republic of Portugal and in several other latitudes, which with more or less difference, protect the same legal good and have the same penalties. I don’t know why voices now come, that this would be the biggest dictatorship, what dictatorship? Where are they going to get it from? ”He asked.

The magistrate stressed that “the 2010 legislator wanted to give special protection to the figure of the President, who, although his honor is personal, as the holder of a sovereign body, needed special protection against crimes of insult, defamation, slander, so that the President function, which is essential for the realization of the rule of law, is more or less preserved ”.

Mota Liz noted that this solution, which is not unique in Angolan criminal law, “raises some controversy even among criminal law thinkers”.

According to Mota Liz, the mistake of commentators, “the people who are creating a kind of hypochondria around it”, is not realizing that this protection also finds limits in the realization of other rights, namely in the right to freedom of the press, to critical.

“It does not presuppose, at any time, that one can read that, that caricatures are not made, as long as the criticism is made of the actions of the sovereign body and the President of the Republic, it is not closed to criticism”, he reaffirmed.

“What is wanted here is for this criticism to be objective and to be manifested in expressions, publications, writings, in cartoons, it must be objective and be reflected in facts, actions, procedures, the President of the Republic or any body sovereignty, ”he added.

For Mota Liz, “it is not possible, in any way, to throw the figure of the President of the Republic into the mud”, although there is underlying protection of a fundamentally individual interest, which is his honor.

“Since 2010, the rule is in force, who was arrested for making a cartoon, for making a satire? Many are done for both the current President and the previous one ”, he said.

The Deputy Attorney General of the Angolan Republic considered that the rule constitutes “a sort of qualified crime in relation to general crime, hence the penalties in the crime against honor go up to six months, which can be increased by one third or half in depending on advertising or the use of the media, and here they range from three months to three years ”.

“And the norm does not even reveal injuries in particular, in private, it is advertising, they need to be publicized”, he said.

Mota Liz said that people knew the rule, that “these same lawyers – the bulk of them are lawyers who have been creating this social controversy – knew the Rule of Law 23 and knew the rule in the original compilation that was made of the draft Code Criminal, who went to public consultation ”.

“People were heard, no voice was raised at the time, to say no and he was appreciated by parliament, our representatives considered that he was,” he noted.

Angola: Government demarcates itself from involvement in US elections

Angola: President sells to the USA an Angola with other opportunities...

Abel Chivukuvuku: “I received threats that I could be shot on...