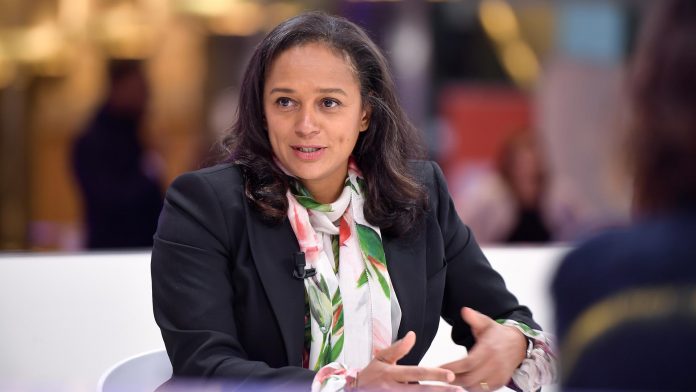 The telecommunications company Unitel initiated a lawsuit in London against Unitel International Holdings (UIH), owned by Angolan businesswoman Isabel dos Santos, to recover a debt of more than 350 million euros.

The complaint dated October 26, consulted by the agency Lusa, claims the repayment of seven loans granted between May 2012 and August 2013 from Unitel to UIH which, he stresses, “despite its name, it has no business connection or affiliation with Unitel ”.

According to the document submitted to the Commerce Division of the High Court of London [High Court], the loans were intended to finance the purchase of shares in the Portuguese telecommunications operator Zon, the acquisition of T + Telecomunicações in Cape Verde and the investment in Unitel in Sao Tome and Principe.

The last of the loans served to UIH complete operations in the scope of the merger of Zon with Optimus, of Sonaecom, after which UIH now holds 32.65% of the shares of ZOPT, a holding that, in turn, now controls 52.15% of Zon.

In August, Sonaecom announced that it had reached an agreement with the Angolan businesswoman Isabel do Santos to dissolve the ZOPT, following the arrest of the daughter of the former Angolan president José Eduardo dos Santos by the Portuguese justice, triggered by the case “Luanda Leaks”.

Unitel claims that the operation, as well as the diversion of dividend payments by NOS, drained UIH of capital or sources of income.

“The agreement to dissolve the ZOPT renders UIH unable to fulfill its obligations” in terms of guarantees on loans and “makes it impossible or prevents Unitel from enforcing” those guarantees, the complaint reads.

Isabel dos Santos previously rejected having received unjustified transfers from Unitel, guaranteeing, in turn, to be a creditor of the operator who allegedly will not have returned a loan she obtained from Vidatel Ltd.

Unitel denied the existence of this debt, recognizing that Vidatel has dividends to be received, which were not transferred due to the seizure ordered by the Court of Luanda to Isabel dos Santos’ holdings in several Angolan companies.

In December 2019, the Luanda Provincial Court ordered the preventive seizure of the assets of Isabel dos Santos and Sindika Dokolo, her husband, including nine companies in which the businesswoman holds stakes, including the brewer Sodiba, Condis, holder of the hypermarket chain Candando, the television operator Zap Media and the cement company Cimangola.

Until January this year, Unitel was controlled by four shareholders, each with 25%: PT Ventures (owned by the Brazilian company Oi), the state oil company Sonangol, Vidatel (by Isabel dos Santos), and Geni (from general Leopoldino “Dino” Fragoso do Nascimento).

On January 26, Sonangol bought PT Ventures’ position for the US $ 1 billion (€ 900 million), becoming the largest shareholder in the Angolan operator.

On January 19, the International Consortium of Investigative Journalism revealed more than 715 thousand files, called “Luanda Leaks”, which detail alleged financial schemes that may have allowed Isabel dos Santos and her husband, Sindika Dokolo, who meanwhile, to withdraw money from the Angolan public purse through tax havens.

According to the Attorney General of Angola, several civil and criminal cases are running against Isabel dos Santos, in which the State claims values ​​in excess of five billion dollars (4.6 billion euros).

Port of Luanda: Angola Delivers management of Multi-purpose Terminal of the Port of Luanda to the multinational DP World

Moody’s: Outlook for African banks to move to 2021 is negative

Angola: Isabel dos Santos rejects having received money from UNITEL and puts herself in the condition of creditor