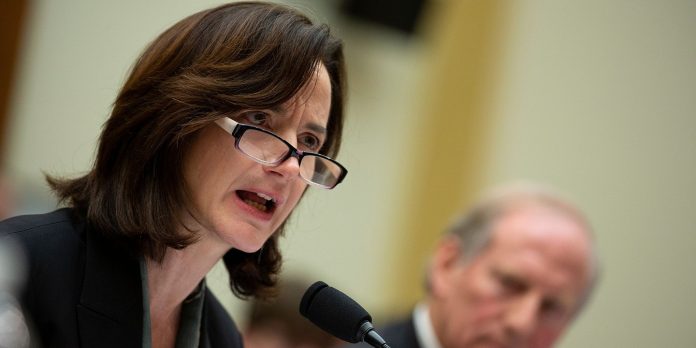 President-elect of the United States, Joe Biden, announced on Monday (23) that he will nominate Avril Haines to be national director of intelligence and Alejandro Mayorkas to head DHS (Department of Homeland Security) – the first woman and the first Latin American to hold the respective positions.

Mayorkas’ appointment is considered symbolic because he will be in charge of the department responsible for immigration and border patrol. In the case of Haines, the main task will be to supervise the intelligence reports sent to the White House, in a post created after the September 11, 2001 attacks.
See the names announced this Monday for Biden’s office:
Antony Blinken: former deputy secretary of state, he was appointed to serve as secretary of state. He previously held foreign affairs positions at the Capitol, the White House and the State Department.
Alejandro Mayorkas: former deputy secretary of the Department of Homeland Security. He has passed the US Senate three times in his career. He is the first Latin and immigrant appointed as secretary of the Department of Homeland Security.
Linda Thomas-Greenfield: 35-year-old veteran ambassador to the US foreign service. He worked on four continents. She was appointed to serve as a US ambassador to the United Nations.
John Kerry: Former Secretary of State will be the special presidential envoy for Climate and will be a member of the National Security Council (NSC). This will be the first time that the NSC will include an envoy dedicated to climate change. According to Biden’s team, this reflects the president-elect’s commitment to addressing climate change as an urgent national security issue. Kerry ran for president in 2004, but lost to Republican George W. Bush, who was re-elected that year.
Avril Haines: former deputy director of the CIA and deputy national security adviser, will be appointed to serve as director of national intelligence. She will be the first woman to lead the American intelligence community.
Jake Sullivan: will be appointed National Security Advisor. He is one of the youngest people to have held this role in decades, at the age of 43.
According to The New York Times, the team brings together senior officials from the Obama administration and most have worked together in the State Department and the White House. They share the Democratic Party’s idea of ​​foreign policy, which includes international cooperation, strong alliances and caution about foreign interventions after the wars in Iraq and Afghanistan.
In the announcement, the president-elect’s office said in a statement that “these experienced and crisis-tested leaders will begin working immediately to rebuild our institutions, renew and reimagine American leadership […] and face the defining challenges of our time – from diseases infectious to terrorism, nuclear proliferation, cyber threats and climate change ”.
In addition to these official announcements, US media outlets such as CNBC say Trump will appoint Janet Yellen to the position of Treasury secretary – a position currently held by Steve Mnuchin and which is considered to be central to the government’s effort to revive the economy after shock of the coronavirus pandemic.
Yellen has the experience of presiding over the Federal Reserve, the American central bank, between 2014 and 2018. The position of Treasury secretary needs Senate approval, and if she passes, she will be the first woman to hold that post.