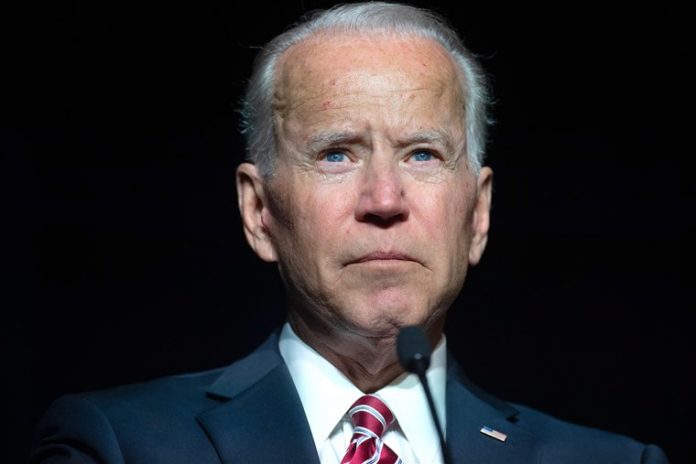 The President-elect of the United States cannot ignore the demands of his party’s progressive wing, which played a crucial role in his victory.

Even though the former United States senator and vice president, Joseph R. Biden, is about 60 days away from taking office as head of the US government, pressure from major American progressive organizations has already begun.

The requirements are clear. Appoint figures from the progressive wing of the Democratic Party to the Biden-Harris administration, closing the door to the tradition of choosing establishment personalities with connections to Wall Street, the fossil fuel industries, and private companies providing services to the state in the military and civilian areas. defense.

Two prominent American progressive organizations ( Sunrise Movement and Justice Democrats ), through open letters and vehement social media campaigns, urge the future resident of the White House to designate allies to his left to serve in the new cabinet. Among them, Vermont Senator Bernie Sanders and Massachusetts Senator Elizabeth Warren stand out, respectively, for the positions of Secretary of Labor and Secretary of the Treasury.

Now, the appointment of these two top figures in the progressive wing – or if we prefer more to the left – of the Democratic Party would certainly break with the status quo that we were used to seeing when choosing the new American rulers. However, it would bring a setback regarding their seats in the Senate, since the states they both represent, Vermont and Massachusetts, are led by Republican governors, who would appoint new members to the upper house. As a result, Democrats would like to be sure that any substitution meets their demands to keep the Senate’s balance intact.

There are also names such as Barbara Lee, a congressman from California, an activist for anti-war movements (notably Iraq) and former president of Congressional Black Caucus – organization of African-American congressmen – for Secretary of State; of Rashida Tlaib, a congressman from Michigan, one of four congressmen (known as The Squad, along with congressmen Alexandria Ocasio-Cortez, Ayanna Pressley and Ilhan Omar) targeted by systematic attacks by President Donald J. Trump, for Housing Secretary and Urban Development; by Pramila Jayapal, Washington congressman and president of the Congressional Progressive Caucus– organization of congressmen from the left-most wing of the Democratic Party – for Secretary of Health and Human Services; and Joseph E. Stiglitz, a renowned American economist – inspired by the Keynesian school – and Nobel Prize in Economics (2001), to lead the National Council of Economics.

In addition to the recommendations outlined above, the Sunrise Movement and the Justice Democrats also demand the creation of a new office in the White House to combat climate change, a proposal that had already gained ground in the recommendations prepared by the task force Biden-Sanders during the summer, following the resignation from the presidential nomination of the Vermont senator. This department would ideally be headed by Washington Governor Jay Inslee, a staunch supporter of the climate cause. Names like Gina McCarthy – coordinator of the US Environmental Protection Agency in the Obama administration – and John Podesta – founder of the Center for American Progress and former adviser to Barack Obama on environmental issues – have also been suggested to lead the presumed new department of climate mobilization, the White House Office of Climate Mobilization.

Also noteworthy is the Human Rights Campaign, one of the largest LGBTQ rights organizations in the United States, which has also published a manifesto for the inclusion of people from this minority in positions of high governance in the Biden administration. Alongside, they also insist, among others, that the law created by the Trump administration to ban transgender people from the army be repealed, as well as ending conversion therapy and the ban on blood donations by homosexual and bisexual people.

Looking at the outcome of the US election results, it becomes clear that Democrats will have to climb a large mountain to gain control of the Senate, depending on the two elections in Georgia. That said, the party as a whole and, in particular, the most progressive wing, will have to readjust its expectations for the next two years. Even so, the antagonists of the Democratic establishment – the left-most wing – wasted little time insisting on the need for Mr. Biden to be accountable to the groups that helped him win – notably the young African Americans – of those that were the most popular elections. participated in American history.

Democrats are the protagonists of an unprecedented and timeless opportunity to implement public policies that are equal to the response we need to overcome the crisis that our generation is facing. Essential are measures in the areas of the environment – serious and massive fight against climate change – in housing, in criminal justice – through a reform that is already late – and in labor rights, which are increasingly threatened by the actors of large corporations.

We will be spectators and, some, political actors, of an internal political game that will dictate the future of future generations. It remains to be seen which side we want to be on. History will judge us.

Angola: The President’s jurists, the MPLA and the TPA 1

USA: Angolan Armed Forces should defend the Republic of Angola and not the MPLA

Angola: MPLA that has the army, the police and the secret as its private property

USA: Angolan Armed Forces should defend the Republic of Angola and...

Angola: The President’s jurists, the MPLA and the TPA 1