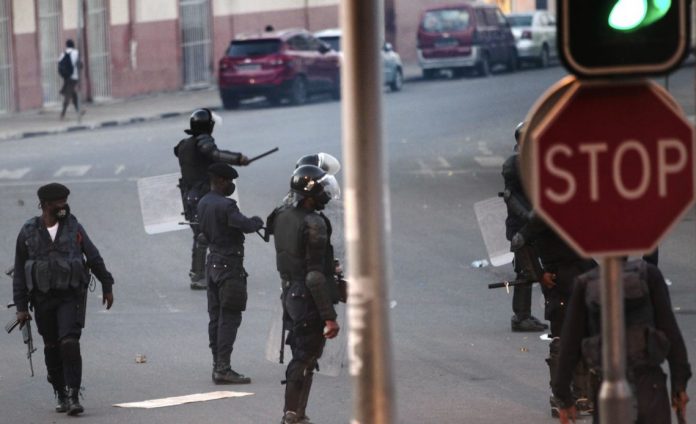 The Angolan Minister of Justice and Human Rights considered that there were “excesses” of protesters and police on the 11th of November, pointing to a context of “tension and nervousness” in which “political interference spoiled the dialogue”.

Francisco Queiroz was speaking after a meeting with the European delegation, in Luanda, in which the situation of the covid-19 and the reflexes it had on human rights were discussed.

“The state of the pandemic created economic and social difficulties, not only in Angola but also in the countries of the European Union, many jobs were lost, companies closed, the economy retracted a lot and that ended up being reflected negatively in the lives of people, ”commented Queiroz.

Regarding the demonstrations of November 11 and October 24, the government official said that they occurred “in a context of a pandemic, in which the population lives more difficulties”, due to unemployment, less access to goods, and higher prices, which still generates “ more tension and nervousness ”.

“The population, naturally and legitimately, wanted to dialogue with the Government about this situation, a dialogue that is constitutionally recognized and that has to be respected”, underlined the minister, adding that “what was damaging in this demand was political interference”

“This situation was used, a political use that ended up introducing an unusual political claim in the normal manifestation, in the normal dialogue, which had to do with the electoral processes of the municipalities”, stressed Francisco Queiroz.

This interference ended up transforming “this normal relationship between citizens and governing bodies into a situation of some violence”, used “to degrade the image of the executive” and that damaged the dialogue on living conditions, “which are really very difficult”, continued the responsible.

On Wednesday, Angola’s independence day, thousands of young people took to the streets in Luanda to demand better living conditions and local elections in 2021, but the demonstration, which had been banned by the provincial government, was strongly repressed by the police and resulted in the death of a young man, in circumstances yet to be clarified.

Francisco Queiroz indicated that the demonstrations “do not need to be authorized, as it is a right that is included in the Angolan Constitution”, and it is only necessary to warn.

“What is needed is for it to happen within the law, and there should be no disturbance to public order and tranquility”, he stressed, adding that “these rights exist and will not be restricted”.

“On the part of those who have to guarantee public order and tranquility, it is also recommended that they act according to the rules, with professionalism, to avoid shocks and that result in situations of deprivation of liberty or others,” he said.

Asked about the possible use of excessive force by the police during the demonstration and the death of the 26-year-old student, he stressed that the situation is being investigated to ascertain the circumstances, but admitted that there were excesses.

“The excesses started by some agents within the demonstrations, who made their provocations, especially on the side of the political claim and the police tried to do what they could, but, eventually, they will also have had a situation a little beyond what is normal”, he acknowledged.

For Francisco Queiroz, “what happened was a situation of tension, at a time of great nervousness, of great difficulties”, and where the political intervention ended up “ruining the whole situation that could have happened in a normal way, without any problems” , within “a normal dialogue as it has been a prerogative” in the Government’s relationship with civil society.

Even so, he admitted that what happens badly, “on one side or the other, is always to be regretted”.

“We deeply regret everything that happens badly, especially when a citizen’s life is lost, it is a situation that we cannot fail to regret, but we cannot speculate,” added the minister.

Regarding today’s meeting, in which the ambassador of the European Union (EU) said that she had expressed concerns about respect for freedoms in times of Covid-19, Francisco Queiroz said that human rights are “a journey that is taking place and that has to be evaluated from time to time ”, which fits into the dialogue that Angola has with the EU.

“It was this assessment that we made in the face of the last meeting we had and that happened last year. Since then, many things have happened that attest to the executive’s commitment ”, he stressed, indicating as an example the strategy of human rights and diplomas related to the fight against trafficking in human beings, which were positively evaluated by the European delegation. 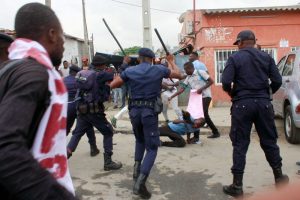 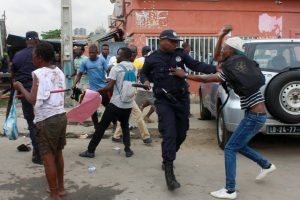 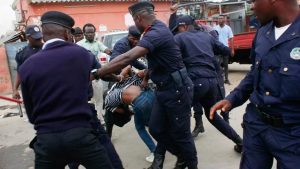 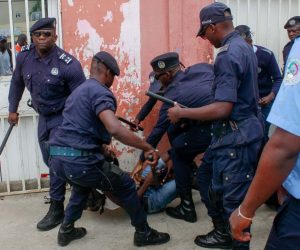 Angola: Abel Chivukuvuku announces new demonstrations for the legalization of his...